With the ongoing changes to federal and provincial carbon fee programs the Canadian Oil and Gas sector has seen many businesses are struggling to understand what is needed and expected of them. My goal with this article, is to help you understand the impact to your business as we explore the changes that the Federal Greenhouse Gas Pollution Pricing Act (GGPPA), Federal Fuel Charge (FFC), and the provincial programs put in place. The provincial programs are Alberta’s Technology Innovation and Emissions Reduction (TIER) Regulation, and Saskatchewan’s Management and Reduction of Greenhouse Gases (MRGHG) Regulation.

How did we get to this point? Historically, fuel, flare, and vent consumptions were considered “losses” in oil and gas industry processing, one result of which is they are typically not subject to royalty charges or emission related levies. In 2019 the Government of Canada imposed a Federal Fuel Charge (FFC) across the country that applied unless a provincial carbon tax or charge was in place. At the time the Alberta Government had exempted the industrial users from this tax until 2023. With the rescinding of the Alberta carbon tax in 2019 these exemptions went away, leading the Federal Government to announce that Alberta would then be included in the FFC starting in 2020. Saskatchewan did not have a provincial carbon tax at the time, so they were subject to the Federal Fuel Charge, starting from its inception in 2019.

The FFC has been charged at $20 per tonne of carbon dioxide equivalent (TCO2e) starting in 2019 and has increased $10 per TCO2e per year until 2022. It will then increase by $15 per TCO2e per year with a cap at $170 per TCO2e in 2030. The federal tax applies to 21 products, including propane, ethane, marketable natural gas (which is considered anything that is a consumable product), and non-marketable natural gas.

In January of 2020 the Province of Alberta replaced the existing Carbon Competitiveness Incentive (CCIR) Regulation with the revised, renamed TIER program, which was modified to adapt an aggregate program. The TIER program, which is run by the Alberta Environment & Parks, is available to large emitters (cement plants, oil sands), opt-ins (power plants, companies with large gas plants), or aggregates. Each of these levels of the TIER program have different commitments to reduce emissions on an ongoing basis. The aggregate program, which is the focus of this article, allows any facility with less than 10,000 TCO2e emitted annually to join the program as an aggregate. An aggregate means two or more facilities. A company’s facilities are combined into one filing and could potentially become exempt from the Federal Fuel Charge. We will focus mainly on the aggregate program through this article. While we are focusing on the Alberta program the Saskatchewan program is very similar in nature.

“…until you receive the final approval from the CRA, you are not exempt from the federal program and if you are not accepted into the TIER program…, you do still have to participate in the Federal Fuel Charge program.”

The process to opt into the provincial programs for aggregators, and hence become exempt from the federal fuel charge, is quite specific and detailed.

An important thing to note is that, until you receive the final approval from the CRA, you are not exempt from the federal program. If you are not accepted into the TIER program at any step in the process, you do still have to participate in the FFC program.

“10% reduction in emissions may seem daunting, but the reality is that you need to work towards reducing your emissions intensity…”

Once you are accepted into the TIER program as an aggregate you must, as a company, make a commitment to reduce your emissions intensity by 10% per year or be subject to a compliance fee which is based on the FFC. It is estimated that aggregators within a provincial program will see significant savings once enrolled and acknowledged. The cost, however, of administration of the provincial programs is approximately $15,000 to $20,000 annually. Therefore, a comparison of a company’s, FFC vs the cost of administration is important. Ascertaining correctly which program to be in at any point in time can mean significant cost savings to a company. 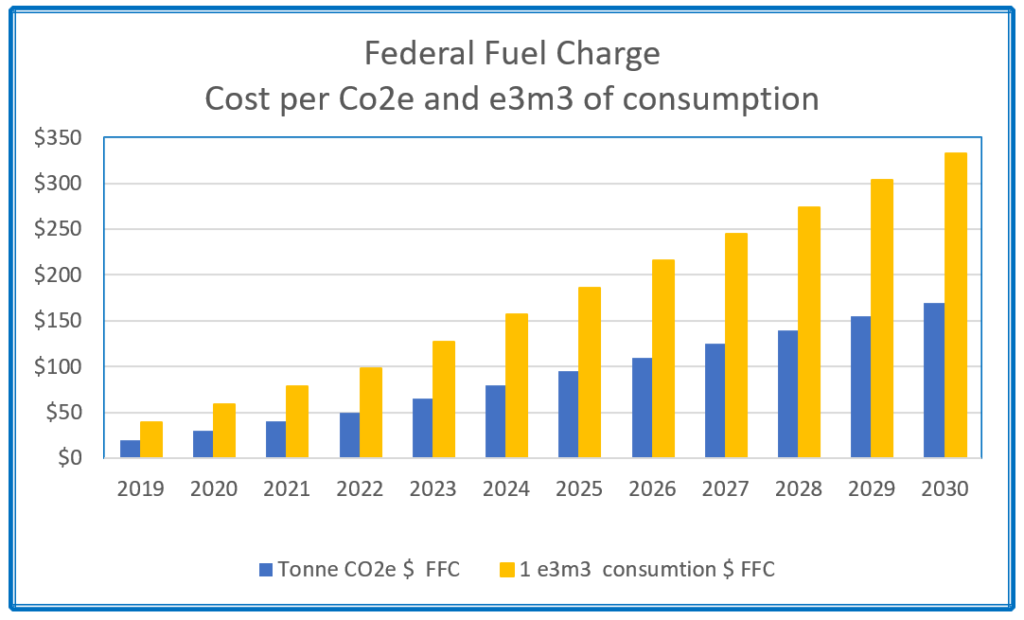 (Figure 1.1: Graph showing rate per TCO2e compared to cost of 1e3m3 of consumption)

That 10% reduction in emissions may seem daunting, the reality is that companies need to work towards reducing their emissions intensity which will help us as an industry reduce the overall intensity. There are multiple ways to achieve the reduction while running a business efficiently.  An example would be to drill new wells that are lower in intensity on fuel volumes thereby increasing production and decreasing fuel volumes. Alternatively, exploring programs to help reduce your fuel volume such as electrifying sites, solar, and/or wind power.

Although there are some big differences between these two types of programs, one thing that has changed for the better is that neither the federal nor provincial programs are technically considered a tax. Therefore, the charge and any fees associated are chargeable to the operating joint account and are potentially deductible for income tax purposes.

One thing to note, no matter what program the company plans on enrolling in, is that in 2020, provincially, there were changes to fuel, flare, and vent reporting. Prior to 2020, these three classifications were reported in one category called fuel.  With the changes to the provincial reporting in January of that year, they were now required to be reported separately, in three categories. Although this increases reporting work, it gives companies an opportunity to mathematically decrease their emissions by properly separating the losses into either fuel, flare, or vent.

“The path forward for most companies is highly reliant on diligence.”

A review of the volumes for the month of February 2022 was conducted on facilities that are marked as bitumen or heavy oil facilities for both Alberta and Saskatchewan producers. Based on companies that would be eligible for the aggregate programs, it was determined that the average of all those companies fuel was approximately 980 e3m3 per year or 80 e3m3 per month. Based on that information we used a volume of 1000 e3m3 annually on Marketable Natural Gas to project the FFC vs provincial program costs, excluding administration, with the assumption that the ratios of fuel to production remain unchanged. See below for a graph of this information. The assumption is that the provincial programs will remain as is today for the period to 2030. We know that there are ongoing discussions and modifications to the programs that will change these numbers on an ongoing basis. 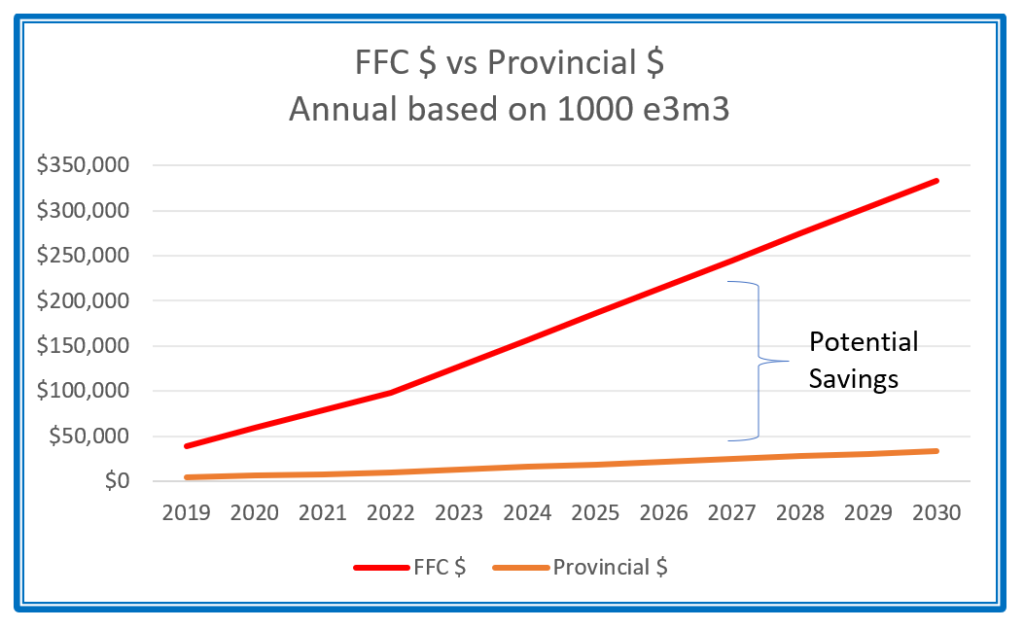 “Ascertaining correctly which program you should be in at any point in time can mean significant dollar savings to your company.”

The path forward for most companies is highly reliant on diligence. The recommended steps are:

Peter Bryson is President of TriAcc Group Inc. and has been in the oil and gas industry in various roles over the last four decades. TriAcc Group Inc. is a boutique consulting firm specializing in back-office administrative support to the Oil and Gas industry. If you have any questions regarding this article, please reach out to Peter at peter.bryson@triacc.ca.